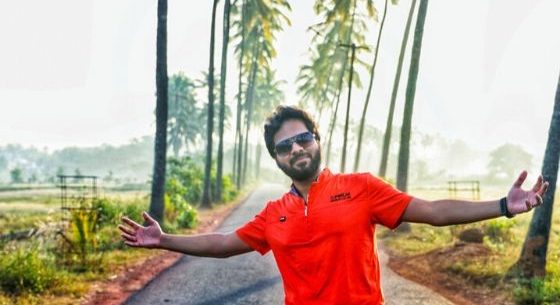 Through the lens of Vaibhav Ghate.

Welcome to Goa, The Smallest State of India which is known for its Highly Influential Rich History with Portuguese Culture and Habitat as they ruled Goa for 450 years. The local language spoken here is Konkani.
But what we love about Goa is its Beaches, Shacks, Street Shopping, Local Feni, Cheap Drinks, and the Sea Food which would surely challenge the taste buds.
It’s Social Media Paradise to get many photographs at the beach.
With that comes the Best Nightlife in the Country.
Now you going to read is what you can do after doing all the above and in those 3 to 5 hours between your Hotel check out and your Flight check-in.
Let’s take you around Some Historical Places of Goa, Bollywood Style. Why Bollywood Style, because these were the locations used by our Beloved Star’s Shahrukh Khan, Ajay Devgan, Ranveer Singh, Rohit Shetty, Kareena Kapoor Khan, Alia Bhatt, Sara Ali Khan, and others for their movie shoot.

My Stay was at The Inner Temple, Moira in North Goa during this trip, a completely other blog is coming soon about this property.
So we planned our list for the 3 Hour photoshoot tourist locations in North Goa and they were:
1. Parra, The Coconut Tree Road.
2. Chapel of Our Lady of the Mount.
3. Church of St. Augustine, the famous broken church.
4. Fontainhas, Panjim.
The whole shoot area was within a radius of 20 km and 2 to 3 km from each other so that we don’t waste our time on travel and we focus more on our shoot.

Carriall my perfect travel partner, which is the First Smart Luggage in India and It is Super Stylish, Super Sleek and Super Smart, It has an inbuilt Weighing Machine, inbuilt Power Bank and Clever Compartments make it super cool.

Pack your Carriall bags, place it in the car and ask the driver to take you directly to Parra, famously known as the Coconut Tree Road with lovely plantation on both sides of the narrow roads with a view of St. Anne’s Church. Step down of your car, walk through the beautiful stretch, and Feel Yourself Come Alive.

This is the same spot where the famous cycling scene of Alia Bhatt and Shahrukh Khan was filmed for the Movie Dear Zindagi.
The Song Main Rahoon Ya Na Rahoon staring Esha Gupta and Emraan Hashmi were also shot here.
These scenic roads can also be seen in the movie Malaang starring Aditya Roy Kapoor, Disha Patani, and Anil Kapoor.

THE CHAPEL OF OUR LADY OF THE MOUNT

Next Stop is a drive to The Chapel of Our Lady of the Mount in Velha or Old Goa. The Church was built in 1510 by Alfonso De Albuquerque and has Plain Whitewashed Walls. One can even spot 7 other Churches in the vicinity with the Surrounding mountains making it the most beautiful picturesque location.

This place is known for its Famous Comedy Scene between Mithun Chakraborty, Ratna Pathak, and Kareena Kapoor Khan from the movie Golmaal 3.

Drive your way now to Church of St. Augustine which was completed in 1602 but was abandoned in 1835 and due to it being neglected the church started collapsing in 1842 and by 1938 major parts of the Church Collapsed. Today it is a World Heritage Site.

Even Rohit Shetty and Ajay Devgan came together to shoot the song Saathiya from their famous Singham Franchise at this very place.

FONTAINHAS – THE GATEWAY TO PORTUGUESE LEGACY

Last Stop of our journey is to Fontainhas and my favorite place in the city.
Fontainhas is where you see the Portuguese culture alive even today. It’s situated in Panjim, the capital of Goa. Fontainhas is even known as the Latin Quarter of the city.
The best way to explore is to be on foot, walking through the narrow cobbled streets while checking out the colonial architecture painted in pastels and fluorescent colors.
Be amazed seeing the 100-year-old little cute dotting Cafe’s and Bakeries and Enjoy the Taste of the Fresh Plum Cakes and other delicacies. Founded by Antonio Joao De Sequeira this UNESCO heritage site still has its beauty intact, that’s because all the houses and cottages in Fontainhas are painted every year after the rains, A Rule Laid by the Portuguese and followed till date.

Now the exciting part, that this area is where multiple movies like Singham and Simmba were shot, so you would get a bunch of Bollywood Referenced pictures for yourself which you can post on Social Media.

I got enticed to a Portuguese house that looked abandoned having a Beautiful Face of a Princess carved on the walls of the structure. While shooting, suddenly my talented photographer friend Vaibhav started talking in Konkani language to someone.
To which I realized he was speaking to a lady looking out of the window from above who must be the caretaker of the house. She granted us to shoot inside her place. The rustic wooden door was open and had a squeaky sound and we climbed the semi-broken wooden stairs to go to the rooms. Reaching the room, we both had our mind blown away, as the interior was totally rustic, old, with broken and falling ceiling along with broken furniture and non-working shutter door television box set which were used between the 1940s and 1980s. The walls spoke about its existence of more than 50 years with its charm coming from the Portuguese Legacy. So there I had my perfect Bollywood Travelpostcards Photograph clicked inside a house which had every movie masala to it from Horror Movie Sound to Classical Movie Set-up with the Latest Camera Gadget GoPro for Shoot.

Friends use your time wisely and make some more TravelPostcards in Goa other than just the beach and swimming pool pictures.

Board your flight with a smile as you just created your little Bollywood memory.
Thank you for reading out this blog, hope you have a nice time checking out Goa.
if you wish to get yourself such awesome pictures in Goa and many more contact :
Vaibhav Ghate (you can contact him on Instagram and Facebook or drop him an email on dop.vaibhavghate@gmail.com)

A play of chrome with Nizams’ pictures and mirrors create a contemporary ambience at Aish. The menu showcases the subtle spice nuances of Hyderabadi cuisine and brings the true flavors of Hyderabad. At Aish you experience the forgotten flavors of

HOW IT ALL BEGAN It was said that I was born with a silver spoon, and I thought I was living that life as I had travelled to more than 33 countries by now and have stayed at the bestest

Choosing the Hotel It all Started with My Best Friend Nirav deciding Mussoorie as Boy’s Trip Destination. As we were all from different cities, we had planned to make our meeting base as Delhi and then doing a Road Trip

This was nice man

This is a nice article, it makes me crave to travel to Goa again. Experience Goa on the bike is the best experience. The luggage you have mentioned sounds very sturdy. Good article.

Really good article. Will surely visit goa after this.

This was perfectly explained man…nice blog

Oh gosh! Reading these all got me into a quick Virtual Goa tour 😊. Lockdown has compressed my mood to move out anywhere, thanks for such inspirational and informative content that helps to pump in!

I want to visit Goa so badly after reading your article !!! Also, the colours of FONTAINHAS are just incredible